Welcome to my personal e-shrine about Overwatch! This shrine explains why I enjoy playing this game so much, the characters I like, and my history with the game.
What is Overwatch?

Overwatch is a team-based first-person shooter video game by Activision-Blizzard. As of August 2021, there are 32 playable heroes in three classes: tank, DPS and healer.

How I got into the game

I first started playing Overwatch in June of 2018.

At the time, I was really into Blizzard's MOBA, Heroes of the Storm. The gimmick is that all of the characters are from various Blizzard games, and it was right around the time they added some Overwatch characters to the roster. 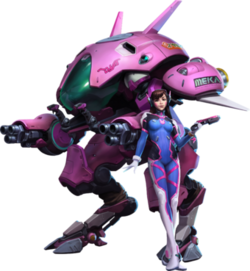 I preferred to main healer in HoTS, but when D.va came out, I really enjoyed her play style. I loved her character and design so much that I wanted to at least try Overwatch and see what it was all about.

I had never played any real sort of first-person shooter before Overwatch. It was effectively my first one, which meant that I was terrible. I was not used to games that required such hand-eye coordination and quick reaction times.

What kept me coming back

Even though I was terrible at the game, I kept playing it. The unique and colorful character styles, skins and maps kept me coming back for more.

At first, I really liked Sombra, Mei and Mercy so I played those a lot, but I was only really good at Mercy (she's the easiest hero).

Most of all, I wanted to play D.va, so over time I spent some effort reading guides to understand her playstyle better. She has always appealed to me the most, perhaps because of her color scheme, or her backstory of being a gamer (while also being a woman, which is exceptionally rare.) 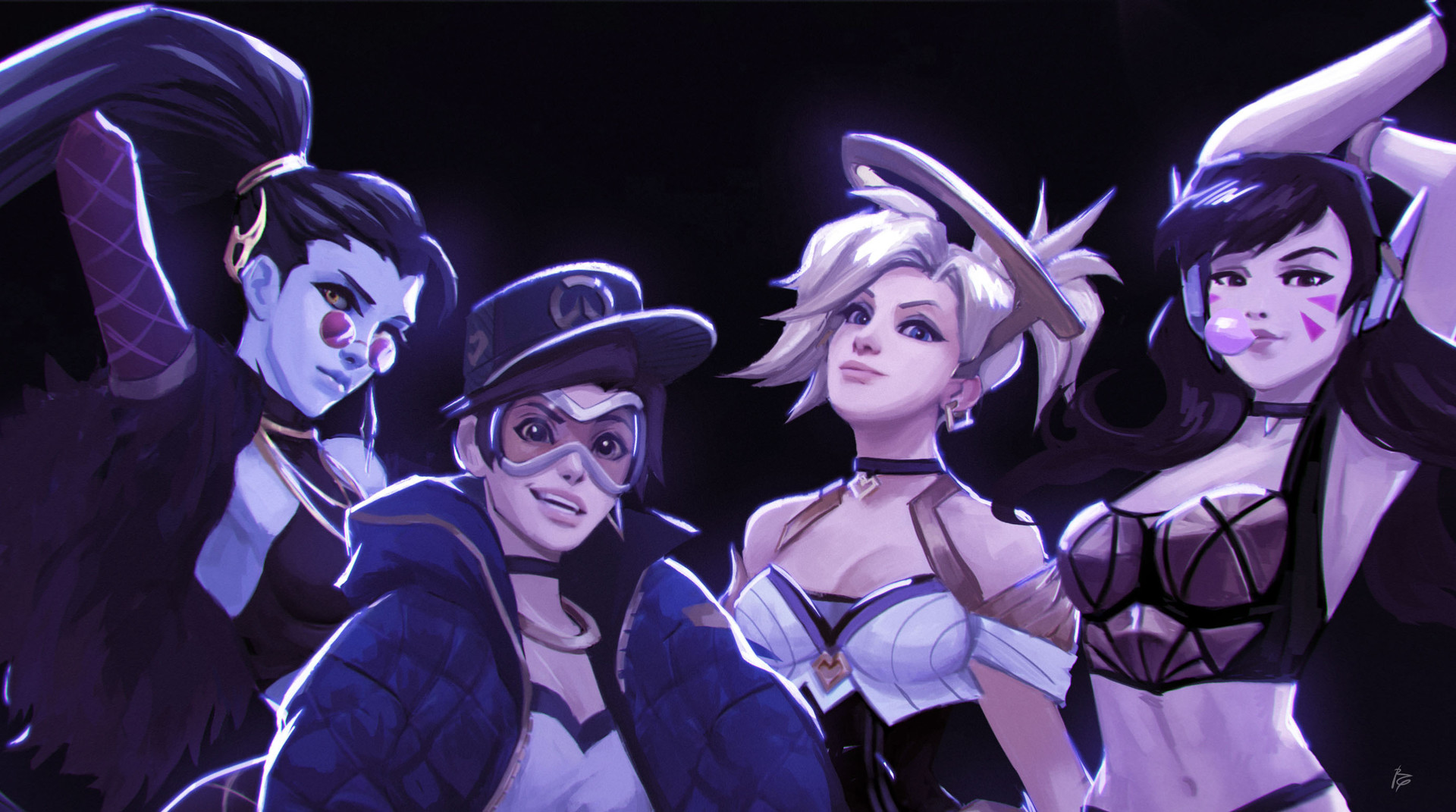 Of all of the FPS shooters, Overwatch has one of the highest number of unique playable women characters. Because of the design of the game, the silhouettes of each character need to be distinct enough to be able to tell each character apart. I am under no illusion that Activision-Blizzard works especially hard for diversity or anything.

Overwatch was also the first multiplayer game that I actually participated in the social aspects of. While parts of the community can be toxic, there are still cool people who play it.

I met one of my best friends on Overwatch! It happened when some random person I played with started talking to me over voice chat - which I usually never used. I was feeling brave so I talked back, and he introduced me to his friend group. In that group was an especially clingy 11-year-old who introduced me to her friend. Her friend was my age and literally my bestie soul mate (hi CirclesDream!!) that I still talk to every day.

Competitive games are considered 'eSports' and there are many teams who play seriously and competitively, sometimes in exchange for a prize. I have never been a competitive person, but my friend told me about a league looking for new members - so we joined!

I don't play competitively anymore, but I had a great time on that team and met a lot of cool people I still keep in touch with today.

I enjoy playing Overwatch so much that it has become my most-played video game at around 504 hours as of August 2021.

As seen above, my top-played heroes are D.va, Mercy and Sombra. I am primarily a tank/healer main, though. My most-played tanks are D.va and Wrecking Ball.

I mainly play tank and support.

In my greatest fantasies I am able to help people.

Do you play Overwatch? Let's play together! My battle tag is sadness#12677